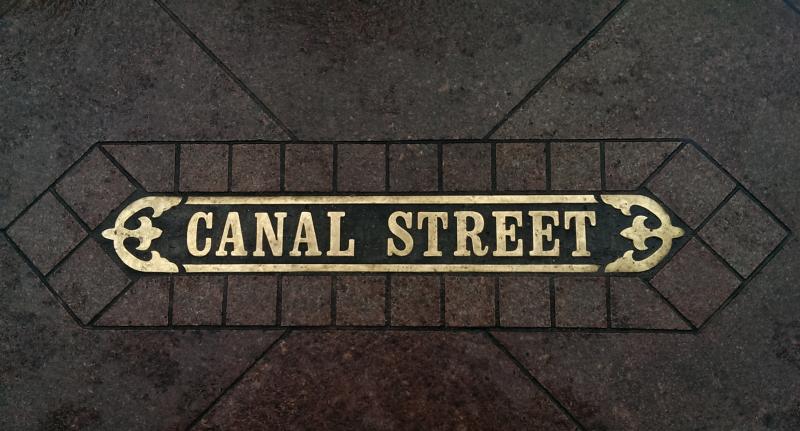 Let’s meet on the Neutral Ground…

Neutral ground? Neutral ground?… Is there a positive ground? For visitors of New Orleans, this confusion will come in when they first hear this term. This is normal and understandable as even some locals aren’t familiar with the history of the term. Canal Street is often known as the main street of business and also home of the famous streetcars. But as the term Neutral Ground shows, there’s more to Canal Street than just business.

The Canal that never was…

French and Spanish citizens occupied most of the French Quarter during New Orleans’ early years. However, that all changed after the Louisiana Purchase in 1803. From this point forward, Louisiana was officially part of the United States and was no longer a French or Spanish territory however there would be some growing pains in this new era. It’s odd to think that at one point the people of New Orleans didn’t identify themselves as Americans, but proudly as French speaking citizens. The Purchase marked the arrival of the Americans, mostly from the Midwest, into the Uptown area of New Orleans which was considered the “New” New Orleans while the French Quarter was considered the “Old” New Orleans. These two different groups and cultures were separated only by a main street. This street was originally planned as a canal yet it was never built, but somehow the name stuck and it became lovingly known as Canal Street. Orleans’ history, they eventually co-existed and became strongly united against these new Americans. Current citizens considered themselves as more cultured than the “uncivilized” Americans even though the new Americans were typically from wealthier classes. There were clashes between these two groups of old and new cultures and Canal Street transformed into a neutral meeting ground. The median(middle) of Canal Street was designated as the Neutral Ground where the older French and Spanish residents could peacefully do business with the Americans although it was definitely business only…no friendly NOLA brunches here! Although the term “Neutral Ground” refers to any street median in New Orleans, it’s forever tied to Canal Street.

Canal Street was always the “Main Street” since the beginning and it hasn’t changed much since. As a center of commerce, Canal Street has evolved from a safe Neutral Ground to a high-end district in the early 1900’s. This was the place to be and to be seen as it was bustling with activity from streetcars, carriages, and shoppers. Names of dominant retailers like D.H Holmes and Maison Blanche are cherished by many older New Orleanians who remember the special days of shopping on Canal . By the 80’s, most of the beloved names faded away and were replaced by large hotels. Canal Street today is still about business, but the players and people have changed. The dominant players today are large hotel chains, souvenir shops, chain restaurants, and of course Harrah’s Casino. The people are a mix of older Cajun/Creole folk to newly arrived Big-city professionals. Bright red streetcars and the legendary green streetcar still run on the rails while the rhythmic noises from Bourbon Street are booming nightly. As you walk on Canal, you’ll often see business convention attendees, tourists, locals, and on special occasions, the charismatic drunk.

Whatever your memories or experiences are with Canal Street, you can be certain that we will all meet on the Neutral Ground. Get Location

Let Me Introduce Myself…