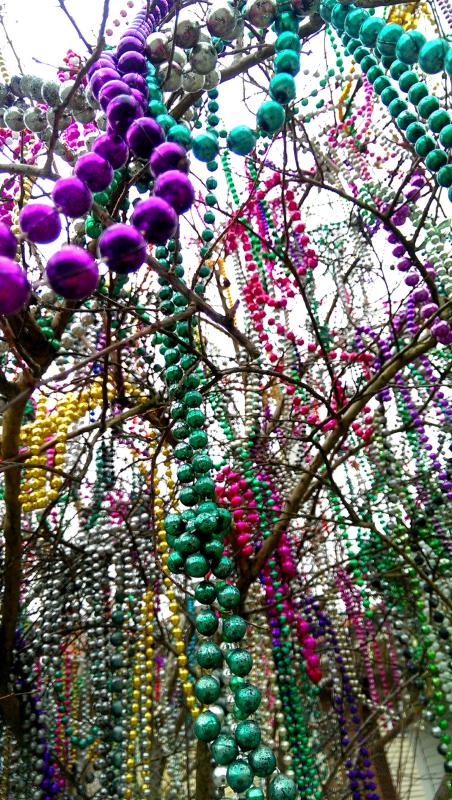 Now that Mardi Gras 2015 has passed  and people are still recovering from their endless Hangovers, it’s time to reflect on some random memories for those who still remember what happened. Now typically, we’ll see images of floats, beads, partiers, and drunkies galore, but I’d like to focus on some of the more unseen images that locals are exposed to every Carnival season.

Some of the sights and sounds are quite familiar like the floats, but some such as the Beads on Trees (“Throw me something Mister!”) or Mardi Gras Indians are often traditions that travelers are unfamiliar with. For example, most Mardi Gras Indian Tribes aren’t actually native American Indians(although some are mixed)  but were mostly a celebration of the close friendship that developed between the African Slaves and Native Indian cultures. Mardi Gras is full of these little details that when discovered, make the entire experience even more Magical. For New Orleans, Mardi Gras is all year round so long as the memories and hangovers don’t fade.

City of the Dead, New Orleans