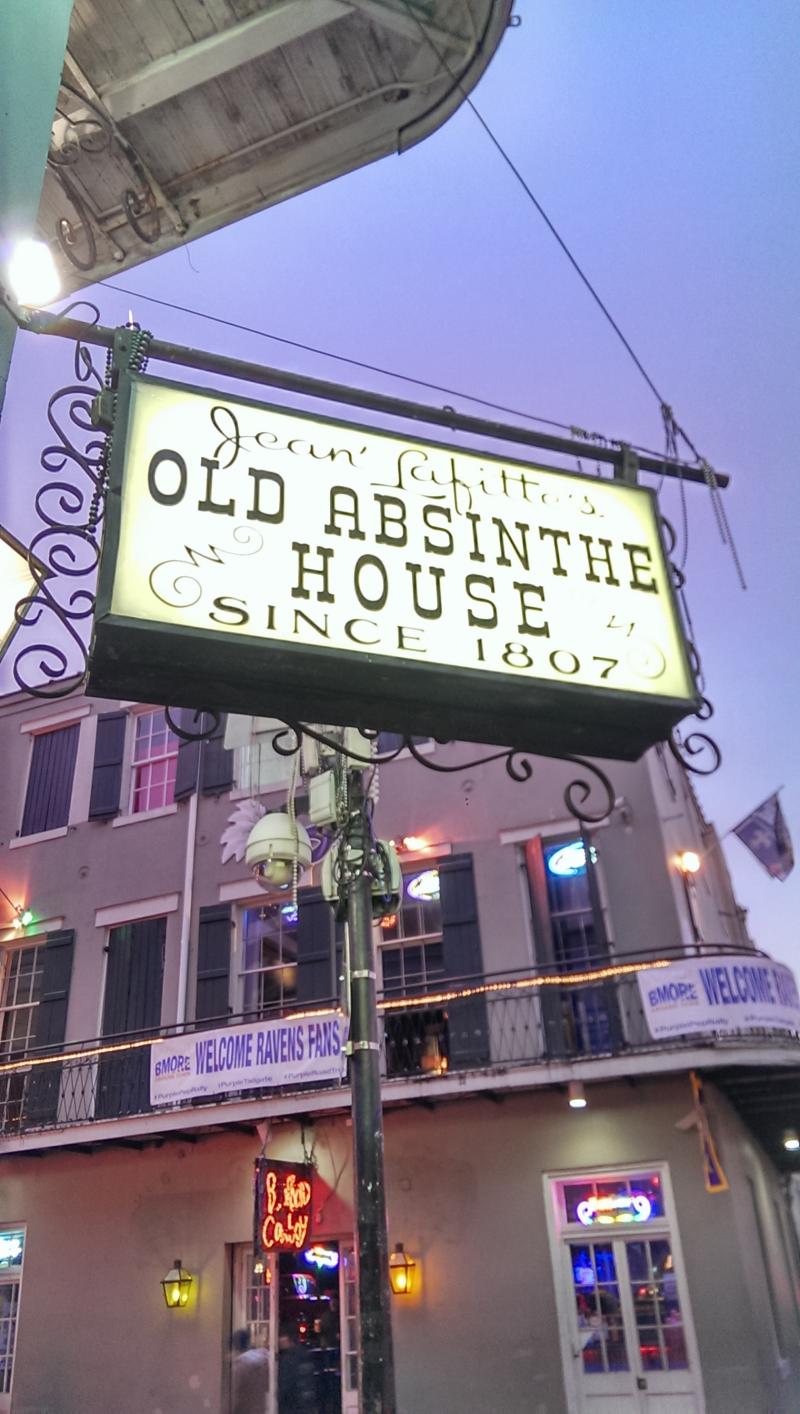 “EVERYONE YOU HAVE KNOWN OR EVER WILL KNOW, EVENTUALLY ENDS UP AT THE OLD ABSINTHE HOUSE” -Old Absinthe House

That’s the motto for the Old Absinthe House and it’s been a staple of the famous or maybe infamous bar on Bourbon since 1807. Despite the name, pure Absinthe is illegal but in the past this wasn’t the case as you could see by the water-dripping fountains. Now known as Jean Lafiitte’s Old Absinthe House, the bar was always known more as being the “hot” spot for a variety of patrons some famous, some infamous, all part of the 200 year old history of the bar. The most famous visitors in local history were the Pirate Jean Lafitte and General Andrew Jackson. It was here that the rumored secret meeting between the Pirate, General, and Governor came about before the end of the monumental War of 1812. Walk in there today and you’ll see a small wooden bar in the middle with football helmets/jerseys hanging, a classic chandelier, and business cards? Yes business cards…keeping to the spirit of the Old Absinthe House, it was about being at a place that everyone has been and wants to be remembered as having gone. So if you’re on the the corner of Bourbon and Bienville, don’t forget to have an Absinthe Cocktail and leave a card…you never know who’ll end up there later. Get location