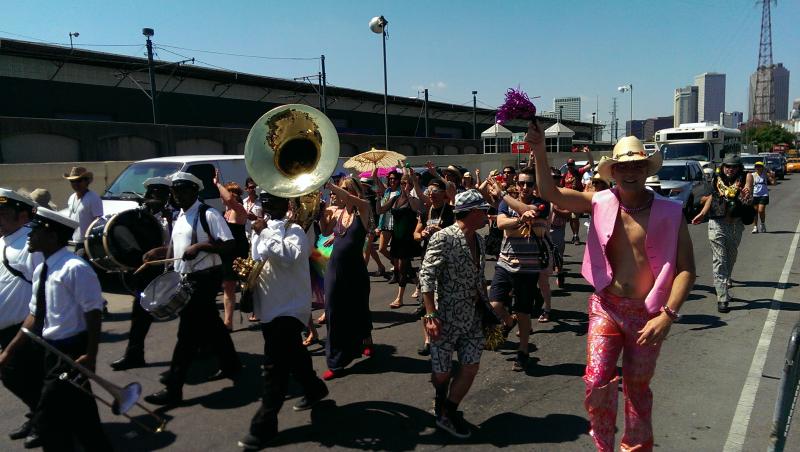 Second Line is a Tradition that represents the Best of New Orleans all in one small parade. For people who’ve never been to New Orleans, Second Line might seem odd at first. You’ll see a small parade of music and revelers dancing through the streets with parasols in hand. When the music comes, cars and traffic are brushed aside for the celebration to arrive. So what is Second Line you might ask? Well, quite simply it’s a Celebration of Life, but its roots are based in West African Traditions which have been part of heritage for many African-American communities in New Orleans. However, the parade has become a foundation for New Orleans culture as a whole and one cannot talk about New Orleans without talking about Second Line.

Jazz Funerals are another part of Second Line. During funerals, the Second Line is present during both the actual funeral and whenever cars, people are flowing down the streets in memory of the deceased. As mentioned earlier, it’s a Celebration of Life and it’s a festive way to honor those during such a somber moment.  Second Line embodies what makes New Orleans special. Brass Bands, parasols, hankerchiefs, and dancers are walking in harmony all the while displaying the beautiful culture, music, and people of New Orleans. So whenever you’re in New Orleans and you catch the Second Line,  be sure to get in Line and dance away!