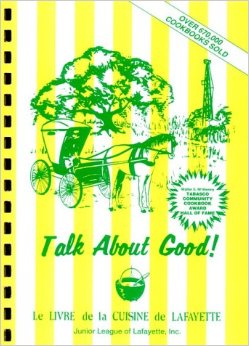 Isn’t all NOLA cooking Cajun? New Orleans is World Famous for cooking however as is often the case, NOLA and Louisiana in general is only associated with Cajun cooking. There are actually two main styles of cooking in Louisiana: Creole and Cajun. Creole cooking is more of a blend, not only of ingredients but also cultures, mainly French, African, Spanish, and Italian. The term “Creole” originates from people of European descent (i.e. French Creole) or African and European mix. Creole cooking is simply the “city” cooking style of Louisiana as it was more prevalent in urban areas so Creole cooking often has more ingredients as they’re more readily available in cities.

On the other hand, Cajun cooking is also a mix, but it’s mainly focused on the cooking styles of the French Acadians of Nova Scotia  region Canada. The Acadians were forced out of French Acadia region by the British and down into Louisiana where they became known as Acadians and later Cajuns. The Acadians settled down in Cajun Country or Lafayette, Louisiana and it was a hostile environment so the Acadians had to improvise thus the birth of Cajun cooking. Cajun cooking is the “country” cooking style of Louisiana and is more focused on using whatever ingredients are available on the land, swamps. It also includes a stronger focus on spices and the “Holy Trinity” of ingredients: onions, bell peppers, and celery. Talk About Good is born out of the recipes of the people of the Cajun Country region and was created by the Junior League of Lafayette organization in 1967 with over 750,000 copies sold. The brightly-stripped yellow hardback book includes over 1200 authentic Cajun recipes which are simple homemade-style cooking covering a variety of dishes starting with a Roux and ending with Gumbo. The tab-styled book also makes it easy to find your favorite delicious dishes.

Now I know it seems like a history lesson instead of a book review, but knowing the deep history of Louisiana cooking will help you love what Talk About Good is all about….mmmm now that’s Good!